Oceania - Females in Performance and Drama in the 18th and 19th Century
Changing Indigenous Songlines, Rituals and Storytelling 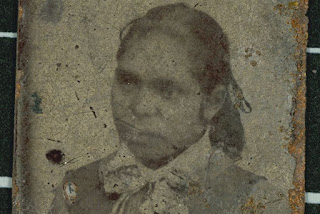 "... the white sails of the English ships were a symbol of a gale which in the next hundred years would slowly drift across the continent, blowing out the flames of countless campfires... silencing the sounds of hundreds of languages and stripping the ancient names from nearly every valley and headland." (Blainey 1975:22)

It has been estimated that when British colonization of Australia started in 1788 that between 350,000 and 1 million Indigenous people lived on the Australian mainland. Within half a century of colonial settlement, epidemic diseases such as smallpox had killed off about 50% of the population. By 1900, it is estimated that their had been about a 90% reduction in indigenous numbers. It is a testament to the Indigenous peoples of Australia that they survived physically and culturally.  Indigenous drama in the form of mime, stories told in dance and song during this period not only maintained the traditions and stories of the past, but also became a way of telling of the horrors of the new stories as they unfolded. Women were always pivotal in passing down the stories, songlines and dances and this did not end with colonization where new stories were added to the old.

Many written accounts from English authorities attest to the richness of the singing, dancing, mime and drama presentations in the Indigenous communities of Port Jackson and other areas of Australia involving female leaders and performers. The almost anthropological view of indigenous culture being primitive and fixed, disregards the fact that indigenous nations had interacted with one another and with sailors and traders from Malaya and Indonesia for generations.

Many Australian Indigenous ceremonies have always had a didactic element and indigenous nations used songs, dances, mime and drama to pass on knowledge for generations and it is likely that ways of dealing with the new problems arising with the white colonialists such as smallpox, venereal disease, opium and tobacco and alcohol abuse, also became part of ceremonies.

Corroborees, also called by Europeans "bush operas", took place at night at sacred sights at Bennelong Point in Sydney (the present site of the Sydney Opera House). Females are noted in all of these ceremonies. In 1836, amongst the gum and wattle forest, a special inter-clan ceremony to welcome Europeans took place at the place where present day Parliament House Hill stands in Melbourne. It was performed by the Kulin (the collective name for the local custodian tribes of the Watha wurrung, the Taung wurrung, the Woi wurrung including the Wurundjeri clans and the Boon wurrung). The writer of the Chronicles of Early Melbourne Edmund Finn (aka Garryowen) described the events, possibly the first European written account of a corroborree. William Barak (1824-1903) was a member of the Wurundjeri-William clan and he painted this ceremony. Female Indigenous performers are also represented in his painting. The continuation of stories, dance, song, ritual and performance became during this dark period a way to pass down language, knowledges and history, while maintaining culture and creating a transmission of a shared new story of massacres, dissipation and horrendous colonization. Women were central to this fight and the maintenance of Indigenous Australian stories, rituals and cultures.

In the missions in Australia, Indigenous Australian women started to take on leadership roles in teaching, telling and performing stories and passing on culture. A number of stories by women of performances, mostly of Christian and Bible stories in the Parramatta Native Institution run by William and Elizabeth Shelley. After William Shelley’s death, Elizabeth seem to encourage greater female leadership by Indigenous women and seemed to encourage more concerts and performances. 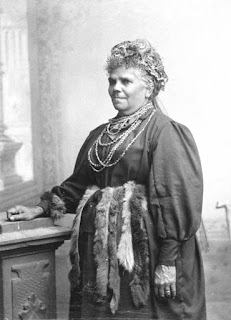 It is hard to isolate some individual Indigenous Australian women who were prominent in the development of the performing arts in the 18th and 19th centuries. One figure who does stand out is Fanny Cochrane Smith. Born in 1834, she was probably the last known speaker and keeper of Tasmanian Aboriginal languages and songlines. A 1903 wax recording of Indigenous Aboriginal songs and language phrases is an important cultural artifact.

Although educated in English, Fanny maintained her cultural links and taught songlines, stories, language and connection to Country to thousands of Indigenous and non-Indigenous Tasmanians. Of special interest to drama are the story ceremonies and song ceremonies she held on Flinder's Island.

In 1903, five wax cylinders of her speaking language, telling stories and singing songlines were made. When she heard the recordings, Smith thought she was hearing the voices of her ancestors and she exclaimed "My poor race, what have I done." She died in 1905. In 1998, singer Bruce Watson, the great grandson of Horace Watson who made the recording of Fanny Cochrane Smith's voice, recorded a song based on the recordings called The Man and the Women and the Edison Phonograph.

Māori Women in Performance and Culture in the 19th Century 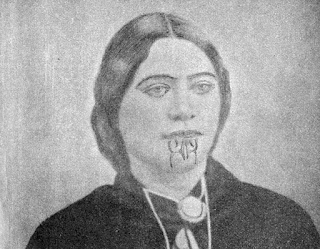 The Maori call women “te where tangata” (the house of humanity) and women are respected as the creators of life and culture. Unlike Australia, England did make a treaty with the Maori with the 1840 Treaty of Waitangi. Maori women have always had ceremonies and performed dances, songs and stories particularly at the erection of new buildings.

In the 19th Century the female Maori composer Puhiwahine wrote songs, poems and stories for performance about war, peace, love, hate, nature and unity. She was born on the Taringamotu River near Taumatunui around 1816. She was of noble ancestry of the Ngati Tuwharetoa. She learned the songs and the traditions  of poi and pukana from her mother. She traveled and fell in love with and married Hauauru a chief of the Matakore. She married but was his second wife and this relationship was eventually dissolved and she wrote about this in songs. She later met and fell in love with her distant cousin Te Mahutu Te Toko who was a good singer and storyteller. Her brothers arrived and took her away. She composed the narrative song Te Mahutu which is often now sung at weddings.

In 1840, she met the German-born John Gotty and they married. They had two sons. She continued to write and perform during this period. When John Gotty died in 1893, Puhiwahine returned with her sons to her homeland. Her performance of the songs of grief over her husband’s death in the ceremony of tangi are often described as moving. The songs and ceremonies she performed throughout her life have become part of modern Maori traditions. The Theatre Royal in Hobart where Anne Clarke staged productions

Anne Clarke (formerly Anne Remans) was an English-born actress and theatre manager who is often considered Australia's first female theatre artist and actor/manager. Her most prominent work was done in Tasmania in Australia where she managed and ran as an actor/manager the Theatre Royal in Hobart from 1840 through to 1847 (Wimmer, 1995: p.257). Her work towards creating early colonial Australian and modern Australian drama cannot be underestimated.

She initially traveled to Australia as an actress but soon teamed up with Dinah Rudelhoff (later to become the director of the Geelong Theatre) to become star billing in her own right. She managed the Theatre Royal and was in charge of the programming of plays and opera, the directing of productions and also was the lead actress in many of the seasons. She produced everything from Shakespeare plays to musicals to commisioning new Australian plays and pieces of musical theatre. She was instrumental in helping to pass legislation to legitimize theatre in Tasmania as well as being a progressive businesswomen and innovative artist and director. 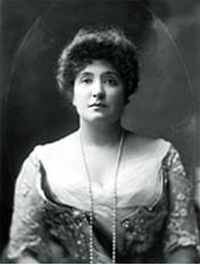 The Australian Opera Singer Dame Nellie Melba (born Helen Porter Mitchell) in Richmond, Victoria, Australia in 1866 advanced opera, theatre and performance in Australian theatre in a number of ways in the 19th Century.
Melba’s understanding of the power of celebrity and controversy in constructing celebrity status has particular potency in this age of celebrity and the Kardashian and Trump phenomena. Melba’s status as opera diva has always been tainted by her status as a wayward child, runaway wife, neglectful mother and a woman of loose morals who achieved notoriety as the mistress of the Pretender to the French throne. She is the self-made women, who like Anna from Bombay (also known as Anna from Anna and the King and Anna from Nova Scotia), was able to recreate and rebuild herself and her live in many forms.

In 1878, after the death of her mother, Helen Mitchell (as she was known then) and her family were moved by her father to Mackay in Central Queensland. She became popular in Mackay for her singing and her playing of the piano. She married at the age of 16 in Brisbane to Charles Nesbitt Frederick Armstrong in Brisbane. They had one child. Armstrong was physically abusive and Melba left 1883 and she returned to Melbourne to get away from the abuse and to pursue a singing and performance career. She had some success in Melbourne and on the back of local Melbourne success, Helen Mitchell moved to London where she initially had little success. She then moved to Paris to study with Mathilde Marchesi who saw her talent.
After two years of working with Marchesi, Helen Mitchell was ready. She took Marchesi’s advice and changed her name to Nellie Melba in honour of her nearest hometown – Melbourne. She had her opera debut in 1887 in Rigoletto. Melba returned to London a star in Gounod's Roméo et Juliette in 1889. London embraced her.
In 1893, Nellie Melba sang at the Metropolitan Opera House in New York. Her performances were a success. She continued to sing in New York. In 1905, she met Oscar Hammerstein, and melba left the Metropolitan and joined his Opera Company and soon became a celebrity and the highest paid singer in the history of Grand Opera. She played in New York, London and Paris over the next 15 years and most of her performances were sold out.
Melba’s tours of Australia in 1902, 1907 and 1909 were all extraordinary, and in 1911, Melba returned to Australia more permanently and formed the first Australian opera company and formed the first touring performance company in Australia’s history. She bought train and steamboat tickets for the public so they could see her perform and see opera for the first time.
During World War I Melba raised huge funds for the war effort and soldier support (over £100,000 from 1914 until 1918). She soon started her own training school and trained many female singers and performers in Melbourne. By the end of her career, she was more well known for her interpretation of Wagner.

In 1929, Melba returned to the London and Paris stages for the first time in many years. She is estimated to have performed over a thousand performances in her lifetime. Soon after performing in Egypt, Melba contracted a fever. She returned to perform in London in 1930 but was still sick and was hospitalized. On returning to Australia in 1931, she also got a facelift. This operation caused a blood infection.  In 1931. Melba was Melba re-hospitalized and died in Sydney.

Posted by Mark Eckersley at 5:06 PM