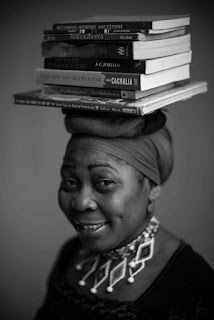 To simplify and try to give some breadth to the contributions of female playwrights, directors and theatre makers during the 18th and 19th centuries, I have divided the contributions into continents or continental areas (Oceania includes Australia, New Zealand and the Western Pacific). Antarctica being a pristine continent with a dominant non-human cultural system is left to its own devices. To avoid a direct hierarchy, these continents are presented alphabetically.
Africa 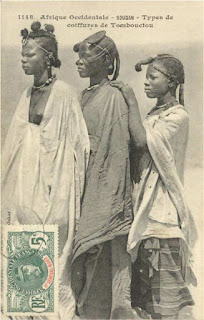 Changes in Storytelling & Performance in Africa in the 18th & 19th Centuries
It is a fallacy that African storytelling and performance traditions did not change when slavery, the slave trade and colonialism had their devastating impact on much of Africa. The strong oral storytelling traditions and the writing of performed stories and poems especially in Hausa, Swahili and Arabic started to transform stories, songs, poems and performances based on the new abuses and destruction which the slave trade and colonialism brought. The performance of these stories and the sharing of the dances, stories and song cycles were shared by males and females in many languages and in almost all African cultures. The printing of many of these traditions and stories started also to find their way into print in marketplaces from the old souqs in Cairo to Marrakech in Morocco to the bookstalls in Timbuktu in Mali to the Onitsha market in Nigeria, to the Cape Town markets to Magadi markets in Nairobi to Mek'ele markets in Ethiopia. Women had always been at the centre of these traditions and their sharing, so we can assume many of the dramatic texts performed in this period and printed were written and performed by women. 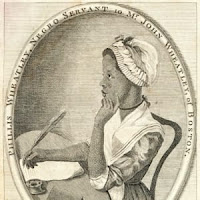 Although she could be counted as either an African or an African-American writer, I have counted the writer, poet and playwright Phillis Wheatley as an African writer because she was born in Gambia in 1753. She was sold into slavery and taken to Boston in 1761. She was thankfully educated by her 'owners' and she started writing poetry about identity and the experience of slavery and dislocation. Her poetry was often read dramatically and Wheatley would frame her poetry readings with stories and songs from her homeland as well as the slavery experience. Observers to her readings also described the beauty of her gestures and facial expressions. In this sense the dramaturgical elements of her poetry readings as drama and performance can not be underestimated. Her work gives great insight into the life and mind of an African slave in 18th century America. One can imagine the Wheatley performing her own words with sweeping gestures in London (where she visited and did performance readings) in the 1770's:
‘… And pleasing Gambia on my soul returns,
With native grace in spring’s luxuriant reign,
Smiles the gay mead, and Eden blooms again …’. 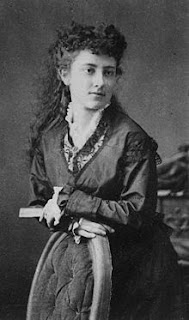 Born in Olive Schreiner in 1855 in Wittenbergen (in modern day Lesotho), she was a writer, feminist, playwright, feminist and social activist. She is mostly known for her novel The Story of an African Farm (1833). The short plays she wrote seem to mostly be domestic scenes that provide insight into the lives of women in provincial Africa. Her plays were read in small group readings in Wittenbergen. Often her plays were characterised by descriptive monologues and short domestic scenes about everything from farming life to politics and the rights of females in 19th Century South Africa. Later in her life, she wrote more non-fiction commentaries on the rights of women in modern society.
References
African Female Storytelling and Drama in the 18th & 19th Century
Brown, S. (1937). Negro Poetry and Drama. Washington, DC: Westphalia Press.
Busby, M. (ed.). (1992). Daughters of Africa: An International Anthology of Words and Writings by Women of African Descent from Ancient Egyptian to the Present. New York: Random House.
Phillis Wheatley

Posted by Mark Eckersley at 8:51 PM