Female Drama Practitioners in 17th & 18th Century France
The influence of females on French drama in the 17th and 18th Centuries is profound. Both on the public stage and in the confines of salon culture, the work of female drama practitioners is significant. 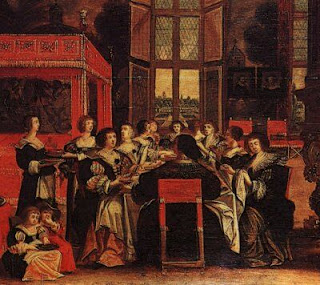 Catherine Bernard was a poet and novelist and she was also probably the most successful French female playwright of the 17th Century. Her first play Laodamie (1689) had a long theatrical run of twenty-three performances. This was followed by her play Brutus in 1690. Both plays seemed to have been well received at the time. 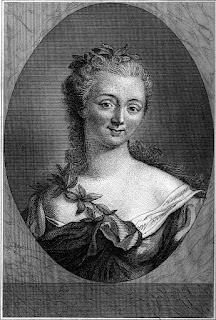 In the Mid-18th Century, Anne-Marie Fiquet du Boccage was a poet who also turned her hand to playwrighting. A production of her tragic verse drama Les Amazones premiered at the Comedie-Francaise in 1749. A prominent figure in the French performing arts around this time was actress, singer, comedian, composer, librettist and playwright Amélie-Julie Candeille. From a young age she performed and sung on the French stage. She also performed in the salons of Paris. Throughout the 1780’s she performed in plays and wrote some scenes for salon performances. In 1792 she wrote and performed in her first opera Catherine, ou La belle fermière. It was first put on during the trial of Louis XVI and it was performed over 150 times in the next 35 years. She continued to perform on the stage during the ‘Reign of Terror’. The next play she wrote was in 1795 and was a comedy called La Bayadère ou le Français à Surate. She wrote other plays and operas but none after this date seem to have survived. 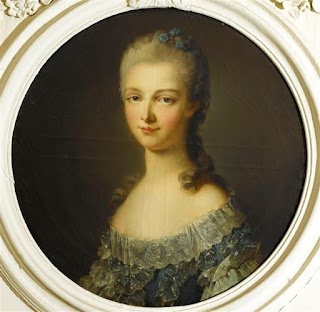 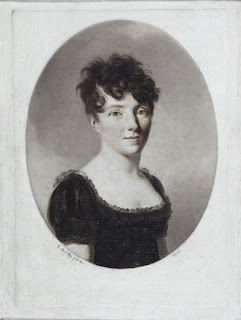 The life of Baroness Sophie de Bawr (also Comtesse se Saint-Simon) is a fascinating woman of France during the period of the French Revolution. Born the illegimate daughter of the Marquis Charles de Champgrand, she studied music and worked as a singer. She married young but her husband was executed during the Reign of Terror and she started supporting herselg through writing stories, music and plays. She married again but divorced. She then married a third time to the Russian Baron de Bawr but he died soon after. Her first play La Suite d'un bal masque (1813) was a success and was part of French repertoire for the next 50 years. Her other plays include the comedy Un quart d'heure de depit, opera comique (1813), the melodramas Melodrames Les chevaliers du lion, melodrama (1804), and Leon, ou le chateau de Montaldi (1811) and the comic dramas La meprise, play (1815) and Charlotte Brown (1835). 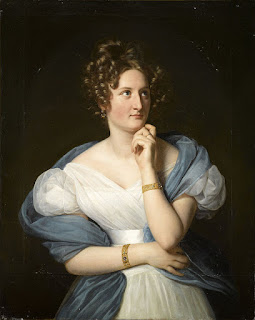 The French writer and playwright Delphine de Girardin was a prolific writer and influential literary figure in her time. She sometimes used the pen-name Vicomte Delaunay. She wrote romances and verse drama including Judith (1843), Cléopâtre (1847), Lady Tartufe (1853), and the one-act comedies, C'est la faute du mari (1851), La Joie fait peur (1854), Le Chapeau d'un horloger (1854) and Une Femme qui deteste son mari (written in 1855 but it was not published or performed until after her death). 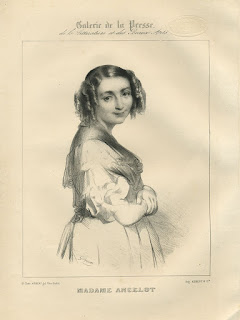 Marguerite-Louise Virginie Chardon Ancelot was a painter, writer and playwright who wrote dramas in a number of styles for the ‘salon theatres’. She wrote at least four comedic and romantic plays from 1828 until 1848 including Lex Deux Imperatrices, L’Hotel Rambouillet, Hermance and Marguerite. She also published two memoirs about Parisian ‘salon’ culture which were important for understanding the way culture expressed itself within the ‘salons’. Her plays were collected in four volumes in Theâtre complet in 1848.

Female Drama Practitioners in Early Modern Spain and its Colonies 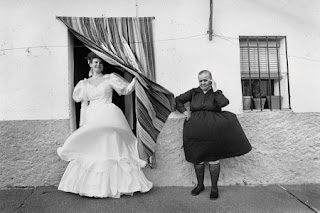 From the 1570’s until the late 1600’s, Spain had a Golden Age of theatre. Spain continued it religious liturgical theatre styles, developed a love for the Commedia dell’ arte improvised comedy and developed its own brand of drama with a three act rather than five act structure. Some elements of Arabic culture may also have influenced Spanish drama since some storytelling elements of the Hakawati seem evident in the prologues and epilogues of Spanish plays of this period. In Spain, women had been allowed to perform on stage since 1587 but by 1599, a new law was enacted that stated that women could only perform if they were married to other members of the company performing.
Juana Ines de la Cruz 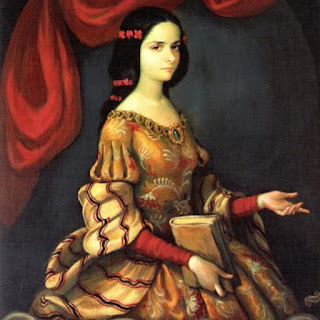 While women probably wrote, directed and performed some scenes in commedia troupes in Spain, one of the first Spanish speaking female playwrights of this period was the Mexican poet, nun and playwright, Juana Ines de la Cruz who lived in Colonial era Mexico. Her first play, written about 1688 was El Divino Narciso (Loa to the Divine Narcissus) which is an allegorical evangelical liturgical style drama. This short play acts like a commentary on the historical events surrounding the contact between invading Spanish Christians and the Indigenous Aztecs. Her other plays are mostly comedies including Los empeños de una casa (Pawns of a House or House of Desires). Here is a clip from a Royal Shakespeare production of the play.
https://www.youtube.com/watch?v=YBLU9ORnBb0
Amor es mas laberinto (Love is More a Labyrinth) was another play written around the same time. She may also have collaborated with Agustin de Salazar on his play La Segunda Celestina (The Second Celeste). 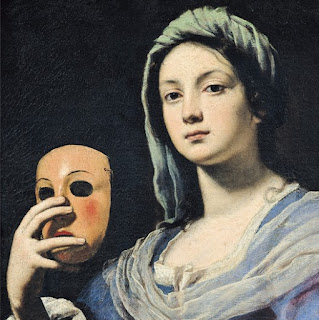 Although not a lot is known about the Spanish female playwright Feliciana Enríquez de Guzmán her work seems quite eclectic for her time. Her work includes the 1624 tragi-comedy Tragicomedia of the gardens and Sabean fields, first and second part, with ten choirs and four entreacts is an Aristotelian style tragicomedy of chivalric and mythological themes composed of two independent parts, each divided by five acts, with a total of twenty-eight scenes. A few years after, the Spanish female playwright Ana Caro started to write and have her plays performed. In the twelve years from 1640 until her death in 1652, she wrote a number of plays in a number of styles starting with two Liturgical or Auto-Sacramentales plays. Soon after, Caro wrote about half a dozen commedia comic interludes sometimes identified as entremeses. Most of these have disappeared but the two that have survived, A Loa Sacramental and Coloquio Entre Dos give some indication of her comic talent. Although she probably wrote four or five full length plays, the only two that have survived are El Conde Partinuplés (her most famous romantic comedy) and Agravio y Mujer (Courage, Betrayal, and a Woman Scorned) which were both not performed or published until after her death. 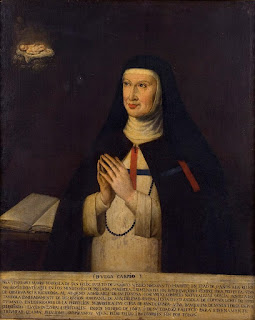 Marcela de San Felix was the illegitimate daughter of Lope de Vega (the most prolific playwright of all time) and the famous Spanish actress Micaela de Luján. She lived as a nun from the age of sixteen until she died at the age of eighty-two. Many of her plays were mainly performed in the convent and some people refer to theatre performed in this context as ‘convent theatre’. She wrote many plays in many styles including six allegorical plays including the play Coloquios del alma which satirized daily life in a covent, coloquios espirituales (spiritual conversations) including Del nacimiento, romances, seguidillas (folk dances), liras, endechas (death dances or dance laments), and villancicos (a poetic musical form).


Weber, A. (2016). Literature by Women Religious in Early Modern Catholic Europe and the New World. The Ashgate Research Companion to Women and Gender in Early Modern Europe, 33.
Posted by Mark Eckersley at 9:59 AM