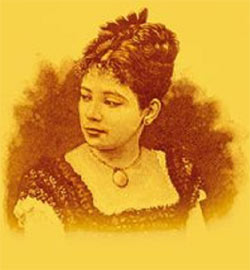 The Brazilian author and slavery abolitionist Maria Firmina dos Reis also wrote some dramatic pieces. She was born in 1825 in São Luís the capital of the North-Eastern brazilian state of Maranhão. As a ″privileged free black woman within nineteenth-century colonial slave society″, Maria Firmina dos Reis used her education and privilege to work against slavery. Her dramatic writing was probably only read to her friends and never performed in her lifetime. Some of the speeches and dialogues in her single major novel Úrsula seem to originally have been written as dramatic dialogues. 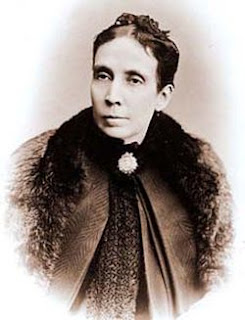 Teresa González de Fanning was born in the Nepena District in Peru in 1836. Although mostly known as a journalist, writer, educator and advocate for Women’s Rights, she also wrote some plays for children and some lyrics for musical theatre pieces. She founded the Liceo Fanning (1881), a women's college, where she applied her educational approaches which included teaching writing, mathematics, story writing, music and reading poetry and plays. Her educational ideas are often seen as the precursor to modern liberal educational programs for women. 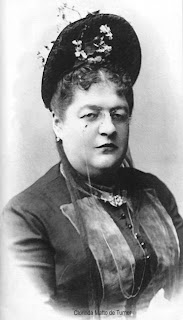 Clorinda Matto de Turner was a Peruvian writer and playwright who was born in Cusco, Peru in 1852. Because of her Indigenous cultural background, some people consider her the first female South American Indigenous playwright. Her life and work has inspired many people over the years.

As a young journalists, Matto de Turner became concerned about the dichotomy between the Colonial and Inca history of South America. Her literary works portray indigenous people in a positive light, in contrast to other writers. Matto de Turner's most famous novel was Aves Sin Nido (1889). This novel was controversial because it was about a love affair between a white man and an indigenous woman, which was considered a disgrace among Latin American society during this time. Although she wrote a number of short dramatic scenes and speeches, her only full length play which was produced was Hima-Sumac: Drama en tres actos y en prosa written in 1893. The play is a musical with lyrical elements where the characters struggle to have their Indigenous culture, ideas and spirits recognised. 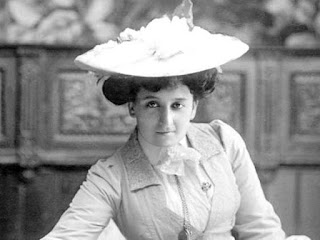 The Argentinian theatre manager, director, producer and actor María Guerrero Torija was born in Madrid in 1867 but spent most of her life in Argentina. She trained in and performed first in Spain but by the 1890’s, she had moved to Buenos Aires, Argentina. Her productions at the Teatro Odeon particularly her production of Spanish zarzuelas (sung and operatic scenes accompanied with dances and dramatic scenes) started to build the complex repertoire of Argentinian theatre. She also started to adapt the classics of the Spanish canon to the Argentinian stage including the work of Lope de Vega. She started to tour these classics around all of Argentina. María Guerrero Torija and her husband spent their own money and raised money for the building of Cervantes Theatre, a grand theatre house in Buenos Aires. After her death, the Spanish government named a theatre in Madrid after her, the Teatro Maria Guerrero, which is the home of the Spanish National Theatre.

Posted by Mark Eckersley at 8:29 PM