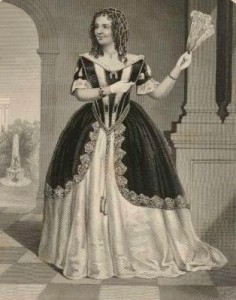 Although born in France in 1819, Anna Cora Mowatt Ritchie’s father was an American merchant so she spent all of her adult life in the United States. At the age of fifteen, she ran away and eloped to get married. She started as a writer and in the 1830’s she wrote in many forms and produced her first play the six-act play Gulzara. But when financial times became harder, she became a public reader. She continued to write and in 1845, she produced her most well-known dramatic work Fashion. In this same year she started her acting career and performed in many productions of Shakespeare plays but she continued to write plays and in 1847 her play Armand, the Child of the People. She continued to act and performed all over the United States and also in Europe.

Her husband died in 1851 and she went to England for his burial. In 1853, she remarried. She continued to act and write, mostly novels. In 1865, she moved to England for good and she wrote her last set of plays The Clergyman's Wife, and Other Sketches (1867). Anna Cora Ogden died in England in 1870 and is buried beside her first husband.

Sarah Winnemucca Hopkins was a Native American from the Paiute who was born in 1844 by the name of Thocmentony which means Shell Flower. She is known mostly as a autobiographical writer, who wrote and advocated for the rights of Native Americans. Her most famous book was Life Among the Paiutes: Their Wrongs and Claims (1883).

Hopkins also wrote and performed in plays and scenes about the stories, histories and hardships of her people. For a time in the 1860’s, she and members of her family performed in a play about her family and her tribes history entitled A Paiute Royal Family. After the slaughter of many of her family in 1865, by the US cavalry, she started to travel and talk about her people and the atrocities they faced and even lobbied congress. Hopkins continuously wrote to newspapers describing what was being done to her people and some dubbed her the ‘Newspaper warrior’. She died in 1891, still writing. speaking and acting out scenes from stories of the history of the Paiute before and after colonial contact. 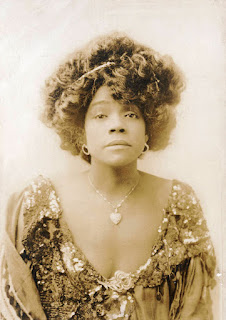 The African-American vaudeville performer, choreographer, director, singer and writer Aida Overton Walker was born in 1880 and started performing at the age of 15 with John Isham’s Octoroons Black touring group. In the 1890’s she was a dancer in “Black Patti’s Troubadours,” where she met her husband George Walker. In 1899, she started to gain notoriety for her performance of “Miss Hannah from Savannah” in the show Sons of Ham. Her song and dance routines made her a musical theatre star. Along with her husband, she wrote and performed in may successful shows including In Dahomey (1902), Abyssinia (1906) and Bandana Land (1908). She was one of the highest paid female vaudeville performers of her day.

Walker’s 1908 production of Salome was widely acclaimed for it costumes, choreography, sense of character and dramatic pathos. In 1910 she started solo performances and this was followed by her performances in 1911 in His Honor the Barber with Smart Set Company. Walker sang, danced and performed both female and male characters. Around this time, she also started her charity work for young Black African Women and taught them business and performing skills in her free time. She was one of the only African-American performers of that time to enter into and perform in white venues in New York. Aida continued to perform, write and produce her death in 1914.

Posted by Mark Eckersley at 4:11 PM