Female Playwrights, Directors, Practitioners and Theatre Makers
A Day in the Lives 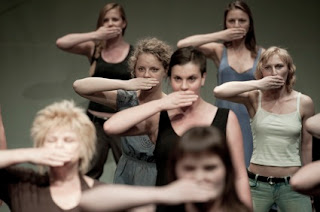 Although, I have elsewhere in this blog, sort to emphasize the continuing contributions, influences and commitments of females to theatre, I think that sometimes a through line or overall sense of these contributions can be lost. The history of female playwrights, directors, practitioners, theatre designers, theatre managers and drama makers is long and significant. Unfortunately, because of cultural mores, constraints and the overemphasis given in written records to the exploits of males, it is sometimes more difficult to easily measure and appreciate the exact commitments of female practitioners and makers to theatre and drama.

One observation of mine from looking into this is that female dramaturgy is often collective or grows through the sharing of stories, ideas and supporting groups or communities. Learning by exploring my ignorance and the serious gaps in my knowledge is always an experience. So here is my attempt to provide a short overview.
In case you don’t have time to read this entire post I suggest the following to start. I really don’t believe in the canonization of the written text and the performance of the popular play as being at the center of drama. The written text does give some sense of permanence to a drama or text but I will try to not make it my only priority. I also don’t really believe in Top 10, Top 40 or Top 100 lists so I suggest a day in life or evolutionary journey approach. The first part of this post is a short day in the life history of female dramaturgy. 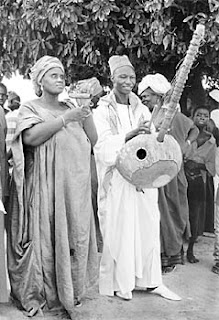 Since drama involves stories, characters and form and since females in most cultures were the cultural caretakers in most societies, I suggest starting your day at sunrise with reading some creation stories. Imagine women as the cultural caretakers of stories, songs and dances – a performance historical and cultural record. African female creation stories particularly those of the Ananse tales from the Akan peoples would be a good place to start. However, this clip of a modern female African storyteller gives the sense of the power and the danger that faced and still face females as the caretakers of story knowledge.
https://www.ted.com/talks/chimamanda_adichie_the_danger_of_a_single_story/transcript?language=en 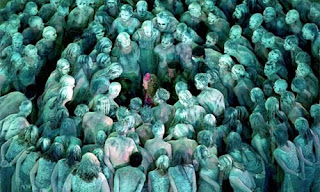 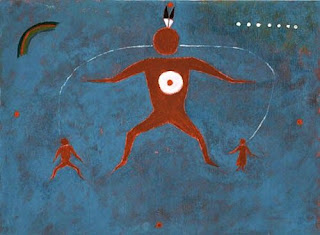 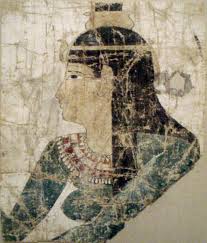 Next, over a light Middle Eastern or Mediterranean breakfast. Read or look at Ancient Egyptian drama or two. Imagine you are in Ancient Egypt at the Festival of Osiris. Imagine the role of females in enacting out The Lamentations of Isis and Nephthys. Here is a translation of the text:
http://www.sacred-texts.com/egy/boi/boi04.htm 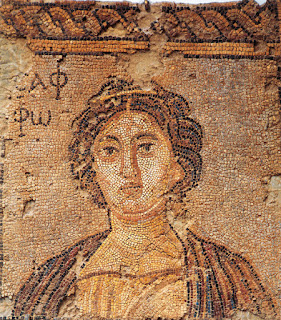 As you finish your leisurely breakfast imagine you are in Ancient Greece. Perhaps imagine yourself inside or outside the women’s quarters (gynaikônitis) in a private house and read the works of the Ancient Greek female poet Sappho (630BC – 570BC), who lived on the island of Lesbos. Her poems were probably performed in circles of all females around 600BC.
https://www.poemhunter.com/sappho/

Then take a quick look at the Nāṭya Śāstra and read about the form, or look at the pictures or try out some of the gestures and movement of this form developed in India around 500BC to 200BC and which as form still informs Indian drama, theatre, dance and films. Here is a link to a website with some information, videos and pictures of the Nāṭya Śāstra
https://www.revolvy.com/main/index.php?s=Natya%20Shastra 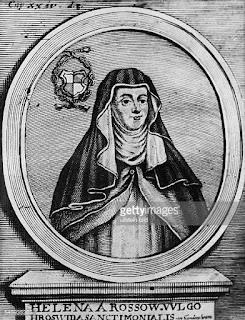 Then move to another location and imagine you are in 10th Century Germany in Gandersheim Abbey in Lower Saxony in a community of unmarried daughters of high nobility. Read at least one of the plays of Hrotsvitha of Gandersheim. She wrote in Latin but here is an English translation of her plays.
https://archive.org/details/playsofroswitha00hrotuoft 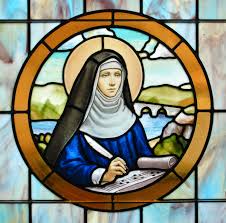 In the same location, try to get a taste of the great German Benedictine abbess Saint Hildegard of Bingen. Listen to or look at or read some of her Ordo Virtutum written in about 1151. Here is a video-clip of a modern performance of the piece.
https://www.youtube.com/watch?v=WBGgRSPyUFQ 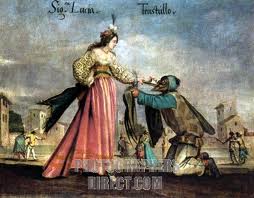 Now as the morning progresses imagine you are in Italy around 1550 in Venice or Milana around the 1550’s and you see and hear in the marketplace the improvised form of mask theatre called the Commedia dell arte and you see women on stage and you see the comic scenes they have developed
The following clip may give some sense of how female actresses performed scenes in the original commedia dell arte plays:
https://www.youtube.com/watch?v=DnuhkteG7r4 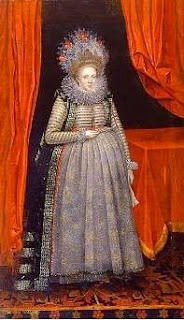 As the sun is rising higher, you may want to read part of (or all of) some of the writing of Elizabeth Cary, the first female playwright to write original plays in English. Her 1613 play The Tragedy of Mariam, the Fair Queen of Jewry is a classic.
https://www.wwnorton.com/college/english/nael/noa/pdf/27636_17th_U03_Cary-1-51.pdf 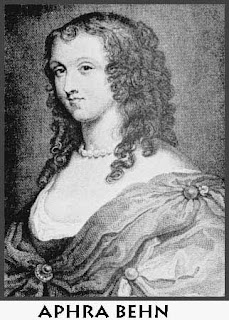 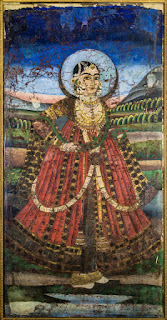 Over a leisurely lunch, look or listen to some of the work of the great Indian poet, courtesan, writer and performer Mah Laqa Bai who was born in 1768 and wrote and performed in Urdu, Arabic, Persian and Bhoipuri. Here is a short video with some of her poetry giving some sense of her life and her work:
https://www.youtube.com/watch?v=UGWDo9EQekE 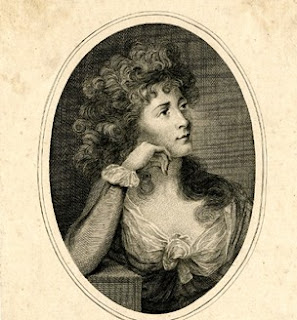 In the middle of lunch, try to explore some of the work of the prolific Restoration actress and playwright Elizabeth Inchbald. Here is A Lovers’ Vows (1799):
http://digital.library.upenn.edu/women/inchbald/vows/act1.html 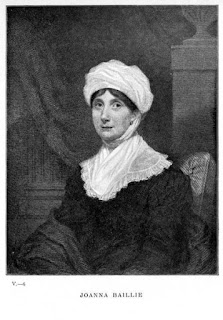 As you finish lunch, print off or download onto your IPad or Kindle, one of the plays of the great Scottish playwright Joanna Baillie. She wrote tragedies, comedies, farces, romantic comedies, patriotic vitriols, gothic tragedies, musical dramas and melodramas. Try her Gothic Drama De Monfort (1798)
http://rictornorton.co.uk/gothic/monfort.htm 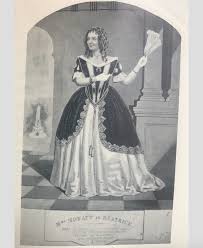 Then as the shade of the afternoon starts to first appear, take a walk and move onto exploring the work of Anna Cora Mowatt Ritchie who is perhaps the first female North American playwright. Her 1845 play Fashion, or Life in New York is a good place to start.
https://babel.hathitrust.org/cgi/pt?id=umn.31951002043967q;view=1up;seq=3 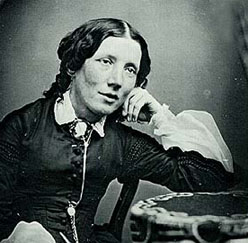 Stay with North American female writers as the afternoon progresses. Although mostly known as the novelist who wrote Uncle Tom’s Cabin, the American writer and playwright Harriet Beecher Stowe wrote a couple of important plays including the 1855 play The Christian Slave based on part of Uncle Tom’s Cabin. Here is a link to the play:
https://books.google.ae/books?id=RSUOAQAAMAAJ&printsec=frontcover&source=gbs_ge_summary_r&cad=0#v=onepage&q&f=false 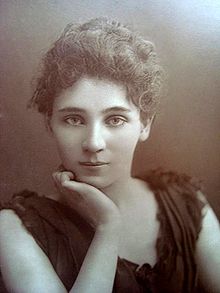 As the sun goes lower in the sky, I would suggest that you read the work of the American born Elizabeth Robins who is known for her acting, playwrighting, writing and involvement in the suffragette movement in the United Kingdom. Look at her play Votes for Women (1907) since it is thematically and stylistically revolutionary. https://archive.org/stream/votesforwomenpla00robiuoft/votesforwomenpla00robiuoft_djvu.txt 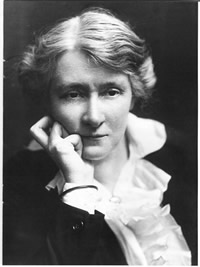 As the moon gently rises, I think there is no better place to start than to look at pictures from the mise en scenes of the English theatre director, theatre producer, costume designer and one of the pioneers of the suffragette movement Edith Ailsa Geraldine Craig. Look at the paintings of Clare Atwood to get some sense of Edith Craig, her mother Ellen Craig and the world of woman suffragettes in the early 20th Century.
http://elisa-rolle.livejournal.com/2802172.html 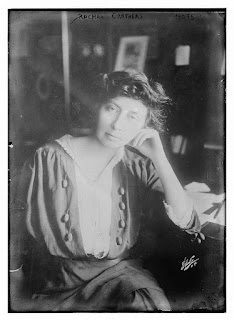 As your eyes adjust to the night light. Look at the work of the American playwright and theatre director Rachel Crothers. Read her 1909 play A Man’s World and get the sense of her great contribution to drama.
https://archive.org/stream/amansworldaplay00crotgoog#page/n7/mode/2up 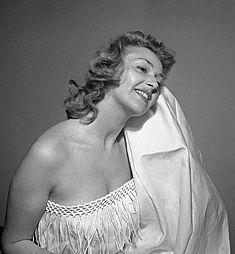 As the stars first rise in the evening, please look at either a script from or a video of the performances of the great Italian actor, playwright and militant leftwing politician Franca Rame who was also the wife and professional partner of Dario Fo and whose work spans 60 years and advances theatre and females in theatre in so many ways. Here is a 2013 performance of her scene A Woman Alone from Female Parts.
https://www.youtube.com/watch?v=yZtZK98SdzA 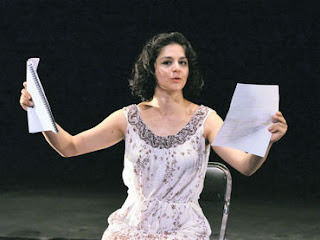 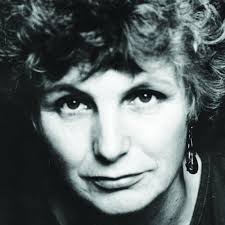 Sit back and look at the whole night sky and open and read some of the work of
Caryl Churchill, one of the greatest and most prolific playwrights to write in the English language female or male. Her work Cloud 9 or Top Girls are good places to start.
Here is speech from Cloud 9:
http://stageagent.com/monologues/585/cloud-nine/betty-act-ii
And another from Top Girls:
http://stageagent.com/monologues/2977/top-girls/win 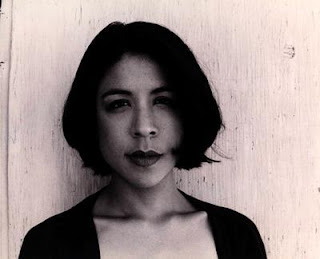 As the evening progresses look at the work of the Japanese/American female playwright Naomi Iizuka. Try to read one of her plays but perhaps as an introduction to her work look at this trailer for a college production of her 2006 play Anon (ymous).
https://www.youtube.com/watch?v=5lN6tlCF36c 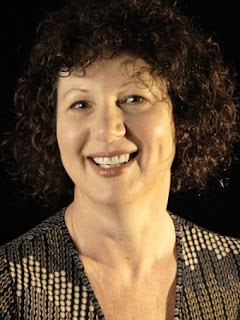 As the night grows older and stiller, read one of the plays of Australia Indigenous playwright and Muruwari women Jane Harrison. I suggest starting with Stolen (1998).
Here is a video-clip of Jane Harrison talking about how she came to write Stolen:
https://www.youtube.com/watch?v=bJQZvD1-dAA
Here is a link to download the play:
https://www.amazon.com/Stolen-Jane-Harrison-ebook/dp/B00OPMCQT2 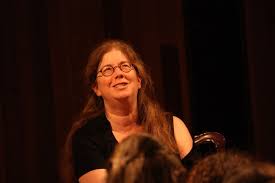 There is no better way to end the evening than by reading or viewing the work of the great female playwright and director Mary Zimmerman born in 1960. Here is an extract from her 2005 play Arabian Nights.
Here is a link to buying the play on Kindle:
https://www.amazon.com/Arabian-Nights-Play-Mary-Zimmerman-ebook/dp/B012VUVWDA
Here is a clip from a production of the play:
https://www.youtube.com/watch?v=zxiaGSa8kb4

Here is an interesting article on females in theatre specifically in Shakespeare's plays and Shakespeare's time:
https://www.whatsonstage.com/london-theatre/news/women-in-theatre-eight-facts_45974.html

And now, when you have time, the next posts will explore the long, rich and partially hidden history of the dramaturgy of women in theatre and drama.
Posted by Mark Eckersley at 12:25 PM