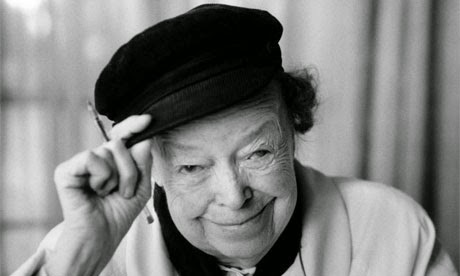 In the early 1930's, Littlewood graduated from RADA but her detest of 'cosy theatre' meant that she left straight away to travel to Paris and learn more about European theatre. In 1933, she returned to manchester and worked a little in Rep theatre in Manchester and worked at BBC Radio where she worked on a radio documentary about the building of the Mersey Tunnel and it is while working on this project that she met musician and author Ewan MacColl and joined the Socialist Theatre of Action.

The two were refused visas to visit the Soviet Union so instead they started to work on their own manifesto for a 'Theatre of Action' which included many of the ideas of theatre as the battleground between the oppressor and the oppressed expressed later by Brazilian Augusto Boal. These ideas were then transferred to the development of Littlewood and MacColl of the Theatre Union. The Theatre Union's work concentrated on an Agit-Prop style of theatre similar to that Piscator developed in his theatre in Germany.

Although the Theatre Union disbanded on the outbreak of the Second World War, Littlewood worked during this time for the BBC on radio documentaries. In 1945, at Kendal, her third and last company, the Theatre Workshop, was established to create original, frequently political, plays, and to put fresh, again frequently political, slants on the classics. She was a Left-wing visionary, who founded in 1945 a company called Theatre Workshop, which acted as a theatre collective more than a company. The Theatre Workshop collective aimed its work at working-class audiences in the North of England. Gerry Raffles was its administrator, and profits were split equally. Joan Littlewood and Raffles fell in love, and her marriage to MacColl was dissolved.

Using Bertolt Brecht's principles well before Brecht had been heard of in Britain or the West, Joan Littlewood applied these principles to all aspects of her work and the creation of the collective. The Theatre Workshop became a long lasting, self-contained company with its own writers, director, designers and philosophy and developed its own style of working processes, staging and style of acting which had elements of Epic Theatre but eventually developed its own distinctive form of Collective and Proletariat theatre.

In creating her own style of British Proletariat theatre, Littlewood drew on working class British performing arts forms such as the music hall, popular songs, vaudeville, stand up comedy, jokes, asides and satire. This gave her theatre a spontaneity and freshness filled with character. Littlewood’s own character infused itself in theatre and the image of Littlewood, the chain-smoking, toothy woman in a woolly hat with an eagerness to disconcert the middle-classes, particularly those who liked straight, respectable plays with beginnings, middles and ends, resonates through this period.

The late 1960’s saw the depletion of the resources and elements of her collective which she tried to steer away from the trappings and pitfalls of commercial theatre. Joan Littlewood saw her dream of a working class theatre slipping away and her move to the East End with its cheap, refurbished and charming little late-Victorian playhouse, staging song-and-dance plays for the local people dissipated when the local people never came, though they lived within yards of the Theatre Royal with its convivial bar and barrels of draught beer, and someone at the piano to lead the sing-song before the show. People from further west on the other hand went in hordes, in their furs and smart cars. The trek eastwards was a tribute to the vitality, vulgarity and originality of Joan Littlewood's Theatre Workshop.

Gerry Raffles had taken care of all things domestic in Joan Littlewood's life - cooking, chauffeuring, even buying her clothes and giving her pocket money. When he died in 1975, she walked out of the collective and the Theatre Royal, never to return.

Joan then moved to and lived quietly in France, where Raffles had died.
There she enjoyed a close, though not romantic, friendship with Baron Philippe de Rothschild, until his death in 1988. She called him "Guv" and his chateau a stable. Eccentric to the last when Playboy came to interview the Baron in 1986, Joan came down to dinner wearing two bedraggled rabbit ears and a pompom for a tail.

Exercises
Take a scene or a song from Oh, What a Lovely War and work with intergrating the various theatre styles in the piece to reinforce the political messages of the scene. When in doubt use the song 'Oh, What a Lovely War!' to create your piece.

When does a soldier grumble? When does he make a fuss?
No one is more contented in all the world than us.
Oh it's a cushy life, boys, really we love it so:
Once a fellow was sent on leave and simply refused to go.
Chorus

Come to the cookhouse door, boys, sniff the lovely stew.
Who is it says the colonel gets better grub than you?
Any complaints this morning? Do we complain? Not we.
What's the matter with lumps of onion floating around the tea?
Chorus


Try to stage a scene or a song from the play using at the ideas presented from the following Black-Eyed Theatre production notes at:
http://www.tomneill.co.uk/blackeyed/Oh%20What%20A%20Lovely%20War%20Education%20Pack.pdf

Posted by Mark Eckersley at 7:59 PM