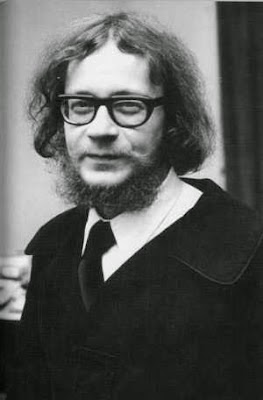 Jerzy Growtowski is a Polish theatre practitioner who developed the notion of Poor Theatre and Para-Theatre at his Laboratory Theatre in Opole in Poland during the 1960’s and 70’s. He experimented with his actors on creating a physical, spiritual and ritualistic theatre dependant on the relationship with the space and audience, not the artifices of theatre like set and costume. This is where he gets the concept of ‘poor’ theatre since his theatre centres on the skill of the actors to create everything. Growtowski experimented with using non-theatre spaces for performance and often had the audience situated on many sides or actually situated amongst the action depicted by the actors.

Growtowski is one of the most influential directors of the late 20th century on the training of actors. He began his work in Opole in 1959 but moved to Warsaw in 1965 to continue his work on ‘Poor Theatre’ with his Polish Laboratory Theatre. His style of theatre advocated that theatre return to its communal and ritualistic roots.

‘Poor Theatre’ sought to strip the act of performances down to its essential elements – the actor, text and the relationship to the audience. As a style of theatre, ‘Poor Theatre’ avoids all stage apparatus and reduced all spectacle down to only that which could be created by the actors. As a director, he insisted that actors wear no makeup and indicate changes in character or within a character primarily through physical metamorphosis.

Although well-known in the Eastern Block, the work of Growtowski did not become well-known in the West until his company toured Western Europe in the late 1960’s. His work gained more acceptance with the publication in 1968 of a set of his essays under the collective title ‘Towards a Poor Theatre’.

Actor training was the focus of Growtowski’s work and the principles of his work were about subtractive training, stripping the actor back via ‘inductive techniques’ to create a ‘holy actor’. He insisted that theatre had to return to its ritual roots through embracing ritual, the ‘the holy actor’ and the relationship to the audience. He insisted that actors remove their ‘life masks’ and embrace the moments created in the performance space. Growtowski wanted to:
“…eliminate from the creative process the resistance and obstacles caused by one’s organism, both physical and psychic…” (Growtowski 1979, p.16) 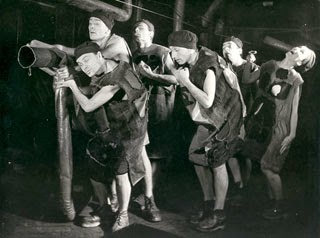 For Growtowski, the text was only a starting point for departure for the actors to score their own piece with moments of connection through examination to the text in terms of rituals and actions. To this end, much of the style of Growtowski’s theatre comes across as textual montage, a technique which involves re-arranging, re-aligning or re-ordering events to create a textual montage or collage which may use elements of the original text or stimulus.

In the 1980’s, Growtowski sort political asylum in the United States. During this phase of his work, he began to work on the idea of ‘Objective Drama’ where he looked at the psychophysiological impact of selected songs and other performative tools derived from traditional cultures on participants, focusing specifically on relatively simple techniques to find the origins of structure and culture. Ritual songs and related performative elements linked to Haitian and other African diaspora traditions became an especially fruitful tool of research.

Unable to secure funding and support in the United States, he moved to Pontedera in Italy in 1986. He then explored the final phase of his work where he embraced the concept of ‘Art as a Vehicle’. Brook, Schechner and Richard worked with him during this period. He wanted actors to access another level of perception which he believed only art could access. Richards eventually took over much of the work. The performance structures centred around Afro-Caribbean culture and songs. The film ‘Downstairs Action’ (Mercedes Gregory 1989) documents this later work. Eventually, after prolonged illness, Growtowski died in Italy in 1999. In his will, he left the copyright and care of all his work to Richards and Italian actor Mario Biagini.

Acting in the style of Poor Theatre places emphasis on the physical skill of the performer and uses props for transformation into other objects, sometimes of great significance. His style often involved:

Exercise
•      Begin by doing nothing. Avoid the ‘beautiful lie’ by not feeling compelled to do anything. Choose an object in the room that you can see and take one aspect of its shape and let your body transform into that shape. Then come back to a neutral. Do the same with another shape.
•      Roll the head. Use the open “ah” sound as you roll the head. Increase the intensity of the voice. Bring in the arms. Raise them when the head is up and the sound most open.
•      Now choose a sound that you can hear and replicate that sound. Come back to neutral. Choose another sound and do the same. Now move around the room and when you see an object, transform into that object. Then choose a sound and replicate that. Eventually try to transform into the shape of one abject while creating the sound of something else.